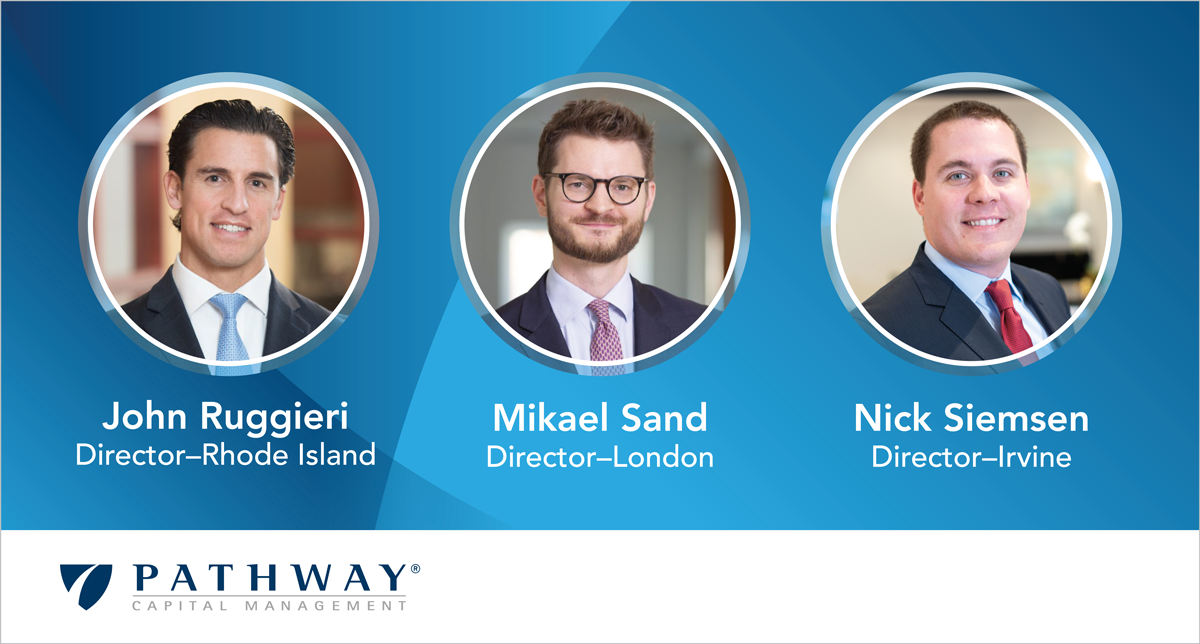 Pathway is pleased to announce that John Ruggieri, Mikael Sand, and Nick Siemsen have been promoted to Director and are now owners of the firm, bringing the total number of owners of Pathway to 21. As senior members of Pathway’s investment team, all three play an integral role in the firm’s new investment, monitoring, business development, and client-serving efforts.

John joined Pathway in 2010 and is a director in the Rhode Island office. Prior to joining Pathway, he worked as an investment operations analyst with John Hancock Financial Services. John received a BS in business management from Boston College and an MBA from Providence College. He is a CFA charterholder.

Mikael joined Pathway in 2008 and is a director in the London office. Prior to joining Pathway, he worked as a strategy consultant at Oliver Wyman. Mikael received an MA, with first-class honors, in economics and management from University of Oxford and is a CFA charterholder.

Nick joined Pathway in 2010 and is a director in the California office. He previously worked as a financial analyst at Raytheon Network Centric Systems. Nick received a BA in economics from the University of California, Los Angeles, and is a CFA charterholder.